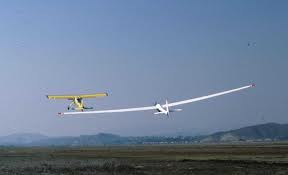 Fear is something that we can’t run from. It is something that we must face head on. Some of us try to pretend that it doesn’t exist and some of us, run like hell from it all of our lives. Others tend to run into it head on. There are all kinds of new shows out about it. Fear Factor and extreme “believe it or not” shows that try to up the last outrageous stunt or depending on it’s success, crash! I am not sure where these people come from, but they all have one thing in common, they all need that rush that comes with being afraid. That is why we jump out of airplanes and walk on hot coals and swim with the sharks. They believe that fear is something that they must embrace in order to get that “high” that comes with feeling alive.

In my lifetime, I have taken a few challenges of my own. I have flown a glider without an engine, more than once! I actually have a log book of not only flights I took with an instructor but solo flights where it was just little old me, being pulled up by a power plane and then expected to pull a red knob.

For those of you who have never flown a sail plane, let me explain, on the dashboard, there is a red knob that connects you to the line connected to the power plane. You start out being pulled up by the plane in front of you. Up, up, up. It is a strange feeling. You see the power plane hit turbulence and then you hit it a few seconds later, all as you are rising to the correct altitude. There is a moment and a signal that indicates the exact time when you are supposed to pull that red knob to release the power plane. It is an excruciatingly empowering moment. And yet, it is probably the most afraid I have ever been. How funny, to realize, that even after I experienced that fear, I did it over and over and over again, logging several more solo flights.

I remember the first time that I sat inside that cockpit, only enclosed by a dome of pexi-glass, ready to be pulled up by the plane that would take me to heights I never dreamed I would go, especially without an engine, I wondered what in the world was I thinking! And I remember also thinking “my dad would kill me if he could see me!” And he almost did~ but then he ended up doing it with me! He even went on to take lessons and solo too! And that is a memory I will cherish forever.

I think that flying above the clouds without an engine and having to rely on only myself to get me on the ground is a lot less frightening than what I have been going through the last few years. Sometimes falling in love is scary, and falling out of it is like holding onto that red knob for dear life, in a quick downward spiral. It really doesn’t matter if you hold on to it or not because you have already let go..

But wait, you can recover. They do teach you that. The emergency runway is somewhere down there, you look and see it and then the adrenalin pushes you to new heights. Courage clicks in and all the lessons you learned about recovery and landing take over and you find that being afraid and being brave have nothing  to do with the red knob after all. And relying on just myself? Well I have since realized that I never have to feel afraid again. I never have to pull the red knob or worry about  where I am going to land because, with God as the pilot of that power plane pulling me up, I truly never have to let go..

4 thoughts on “The Red Knob”