Today, I was going to work on my book. But I had this stupid issue of traffic school looming over my head. I scraped together the money to pay for my dumb ticket and the added cost of having the “prvilege” of going to traffic school and I just wanted to get it over with. And so I got up early to honker down and choose a Traffic School to get it off of my To Do List (of all those things you know you have to do but just don’t wanna!!!!) So I went on line to find one. The first one that I chose seemed easy enough to pull up and PAY…(I mean, of course the PAYING part worked really well!) but as soon as I tried to push PLAY, I had all kinds of problems and after waiting twice on HOLD,

I just nicely asked for my money back and they are supposedly refunding it and I moved on to the next school. And found a great little one that had great reviews and was animated and seemed user friendly… or at least friendlier! It was easy and cheap enough with no hidden costs. I could stay in my sweats all day and they will electronically send my certificate to my courthouse.

And though it took up most of my day,  I do have to say that I gained a lot of respect for what I learned, cartoons and all. I have been known to pass a few cars on my way to and from the Lake where I live. It may have well been worth the $3o0+ I had to pay for learning a good lesson. So I must admit that I was passing one of those hair brained Sunday afternoon puttzzzers, on a Friday morning… late again to work because of the lalagaggers on what the locals in my area call “hell hill” perhaps dubbed by drivers not too far off from the description of lil’ ole’ me!  As I passed Mr. Slow Puss I saw out of the corner of my eye behind some bushes, the fender of a well hidden Highway Patrol car.

As I cried out in a moment of panic, pleading, using the name of Jesus mingled  with a few words in my head that should not be in the same place as my Lord… I slowed down to those ever so familiar red and blue lights that we all dread to see behind us. 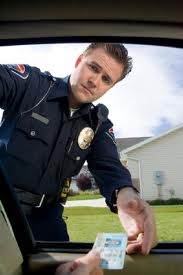 Well, you know how you feel as if you have been given a second chance? For some reason, I didn’t argue or even get mad when that Lalagagger passed us on the side of the road giving my friendly Highway Patrolman a thumbs up as he passed. I didn’t even care, I knew that I deserved it. When he told me I was going 86 in a 55, I tried to tell him, it was hard to pass someone who was going between 30 and 50  all the way down the hill only to have him speed up when I tried to pass.  He took pity on me because he said that he could tell that I was “a nice lady” ouch!!!!  Smile… And told me that I had almost beat the record but he would clock me at 65  by then, I knew he was not going to let me go.

I do have to say that I knew I had been driving pretty crazy lately. Always late, always in a rush… and why? Today,  I sat back and took a personal inventory of my driving attitude and realized that I was out of control. It was almost as if I were getting a second chance. Recently, I have taken my time getting to wherever I am going, and I realized a few weeks ago, after getting the ticket that I usually get there within 2 or 3 minutes of the time I might have shaved off by driving crazy. I had pictured myself going over a cliff at times in my head.  I think that God allowed that ticket and I think that I deserved it. But let me tell you… this lesson did not come CHEAP!!! But it was worth it if instead of saving a few minutes, it saved my life.

And I must say that after about 7 hours, I was ready to see the rainbows and butterflies in my head when I heard:

Even though in the course of taking this class I watched the day pass by my window as  an empty Budget Rental Truck drove by  and then back out  the other way filled to the brim. I mean, don’t tell me that in the time that it took me to do my little traffic school class that someone else had loaded up everything they owned and I was just finishing up! But I’m done and it is finally crossed off of my list

It is funny how a silly little thing like Traffic School, even with some comic value, can slow us down and humble us with their cute little statistics and make us a little more aware of the lessons we need to learn. And for me, it wasn’t just about driving. Today I found a blessing in what started out to be a big interruption in whatever day I was going to have to sit for seven or so hours and take this class. (They have it designed so that you can leave off, and come back and I did a few times during the day but I decided to finish it all in one day) But just maybe it was more than just a lesson in driving, maybe it was  a second chance that made me look at things a little differently.  I guess we all need to be more aware of those second chances. You know?

The Writer Next Door