The refrigerator box lay sideways in our front lawn. I was four years old and we had just moved in to our new house. My dad answered the door as two little girls looked up at him. The oldest one asked “You got any kids?” I peeked around his legs. And that is how I met her. My BFF.

My dad always loved re-telling that story over the years, whenever she would come for a visit. She was two months older than me, the younger of the two sisters who had knocked at my door on moving day. Refrigerator boxes were so magical back in those days and had such bonding powers, I rarely look at an empty one without remembeing the powers that, THAT one seemed to possess.  I have often teased them both over the years, that they only wanted me for my boxes.

Now over a half a century later, I think I got the better end of the deal.  She has been in two of my weddings. (And has warned me that two is her limit!) She is Auntie Terri to my daughter and my BFF for over five decades! I think she must have followed me around to five record stores while I tried to find a song I wanted to play at my reception and must have  ironed my wedding dress about four times the day of my wedding and stood up for me as my Maid of Honor.

She is the reason that my daughter has experienced Hawaii. And it is because of “Auntie Terri’s”  generosity that she got to go to the school of her choice without the financial hardship there would have been without her heart. She drops everything to play hostess to my baby or will drive for hours to see her in a play.

From playing dolls to having our own babies two months apart, we have come full circle.

(Our babies… mine is on the right though I claim them both!)

We have gone through births and deaths, illnesses and more births, we have gone through weddings and heart breaks and falling in love and out of love, a dozen times over the years. We even got past the idea we were both going to marry the same boy! (Scott lived nextdoor to me and across the street from her!) 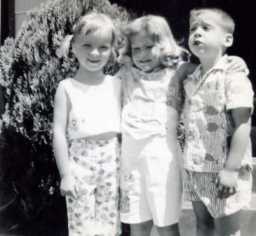 We can say exactly what we are thinking without feeling judged and vent and snap and know that none of it will change our love for each other. Life may throw us curve balls but nothing can rock our friendship.  Not even miles….

From the time we were little girls, we made the effort to keep in touch. Through letter writing and special note cards, sealing wax and phone calls, visits and later, emails and texting… we have ridden the wave and found that our love is built on solid ground. 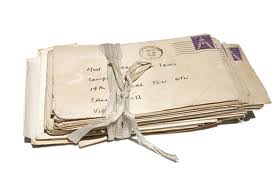 My daughter is up there this weekend doing an Art Show and staying with her Auntie Terri and it warms my heart that they have found their own friendship in each other. Their own interests and  memories all of their own.