Today I have a wonderful neighbor. Their backyard is magical. And I appreciate living next to them everyday! I have been blessed with great neighbors in the different places that I have lived. Some have become life long friends. But I do remember once upon a time when my neighbor was horrible. She hated me till the day she died I think. It was sad. I even had dreams of her liking me. It bothered  me so much. I’d gotten a notice about BIG Refuse Pick Up Day that our city offered annually. It was a day that you could put big things out and the city would come and haul them away.

I was young and probably not as gracious as I am now  🙂  And looking back, I could have been a little more tactful. But I left a note on my neighbor’s van offering my husband’s help to move her washers and dryers out to the curb if she so chose. I thought that it was an innocently helpful and quite neighborly offer. The appliances had been facing my kitchen door since we’d moved in almost a year earlier. She’d never been particularly friendly even before we moved in, but that note caused WORLD WAR III between us. She was not a very happy person to begin with and later I learned that she had a lot of issues that I was not aware of.

They say hind sight is 20/20 and I think that I understand her position better now. She was probably about my age then, that I am now and I was barely 30. She might have been a little offended because I was so much younger and perhaps she thought… came across as pompous though I really just wanted to make sure she had not missed the notice. Though if we are being honest here… I really did not want to look at her appliances staring back at me for another year, I wish that I’d done nothing now. I don’t like when someone doesn’t like me. But then not everyone liked Jesus. So why should I expect more?  But it really wasn’t worth it. And looking  back if it had not been that note… it would have been something else. She was just looking for an enemy. There are just some people that I have run into in my life, that I haven’t been able to win over with my irresistable charm, believe it or not!  😉 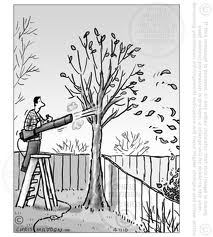 Though she did have a daughter that ended up being a blessing and we became friends when she found The Lord and we discovered that our birthdays were on the same day. It was a friendship that evolved with a lot more hard work than I am used to when it comes to cultivating  friendships; We had kids around the same age and when they did not get along, I think she expected drama between the moms, where I felt it was important for the kids to just work it out. But in the end, a friendship evolved and the kids grew up and got along and  it is a sweet memory how I see God worked it all out. And now I am glad that I made the effort.

This morning I’ve been watching a marathon, a show called House Hunters, and one of the episodes was about a couple looking over into the neighboring  yard filled with junk and it made me flash on my memories of those neighbors….

Soooo…. I thought I’d write a more lighthearted post today with a little message to remind us all about judgment even when we feel we are on the right side of the fence. Today I am getting ready to work in my yard and it made me wonder what “my neighbors” see on their other side of the fence.

The Other Side Of The Fence

I looked over the fence and what did I see?

A few  piles of junk staring right back at me

two washers and three dryers lined up in a row

If they ever worked, I guess we’ll never know

As I peeked through the fence I was so horrified

it looked like a graveyard where someone had died

a few bird cages, an old bike and a barbecue now twisted

all toppled on each other as if they never existed

and tried not to scream when I saw all the mice

I even waved hello when the neighbors came out

to see what it was that I was  shouting about 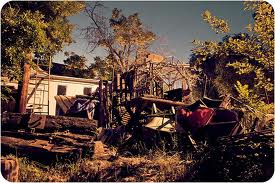 I didn’t want to offend them by gawking some more

even though I’d just purchased the house right next door! 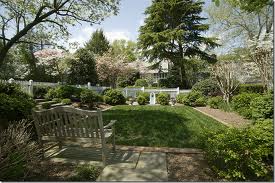 (Sometimes we don’t always see past our own fences)

Lord help me to not be so fast to judge!

“But I say to you who hear, Love your enemies, do good to those who hate you,

49 thoughts on “The Other Side Of The Fence”