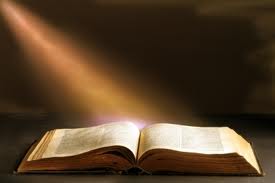 I read this quote the other day and it really made a huge impact on me.

“Whatever God’s dream about man may be, it seems certain it cannot come true unless man cooperates.”

Wow. Right? Sometimes I read something that makes me really stop and think.  I mean obviously God could have created robots, but He didn’t. I know some people that I love very much, that don’t believe the exact things that I believe. They think maybe Noah and Adam and Eve and the other prominent stories in the Bible may just be a bit of symbolism, a metaphor of sorts that God used to give us a road map. But if I believe that the Bible is the inspired word of God, I figure, that even amidst the different interpretations, He is not going to allow the words to be so twisted that we are just reading a bunch of stories that never happened. So lets take Adam and Eve for instance. Even if just metaphorically… God had this pretty great plan for all of us. The Garden of Eden. A metaphor? Whatever it was I GET IT! He had something in mind that far surpassed anything we could ever imagine. No illness, no sadness or death, no anger or guilt, or wars,  just a beautiful life in a beautiful world. And good old Adam and Eve screwed that up royally for us now didn’t they? But within that story we learn about “free will” and choices that we are given.

Reading that quote, stopped me in my tracks. I know I’ve been pretty uncooperative in this process called life. I have gotten in my own way so many times I couldn’t even begin to count. I’ve always blamed Adam and Eve for interrupting God’s plan throughout the years, but I know without a doubt that I’ve interrupted His plans for me. The only question I have is, why couldn’t these darn ephifanies have happened in my twenties?

Over the years I’ve had these fleeting glimpses of God, but never this clearly. I am interrupting my own journey. Not believing in the gifts that He has given me. Not seeing the messages He wants me to hear. Not getting out of my own way. Not seeing God’s plans have been interrupted by me! His plan has always been better. I can look back and see the times I took a different path than the one so clearly laid out for me. And then asked why? How many times did I just barrel ahead without really seeking His will? It is all so clear now. And even though I wish I’d seen the light sooner… I will not get in my own way again and brand my soul with the excuse of it’s too late for me. Instead, I will be an example of it’s never too late to salvage that dream and march on!

Oh Lord, if I turn around I can clearly see

the treasures that I missed that you designed for me.

The times I overlooked the path you’d have me take

and how you always forgave all of my mistakes

As I stop to ponder, I finally understand

the wisdom in following the much greater plan!

20 thoughts on “God’s plans interrupted by me”